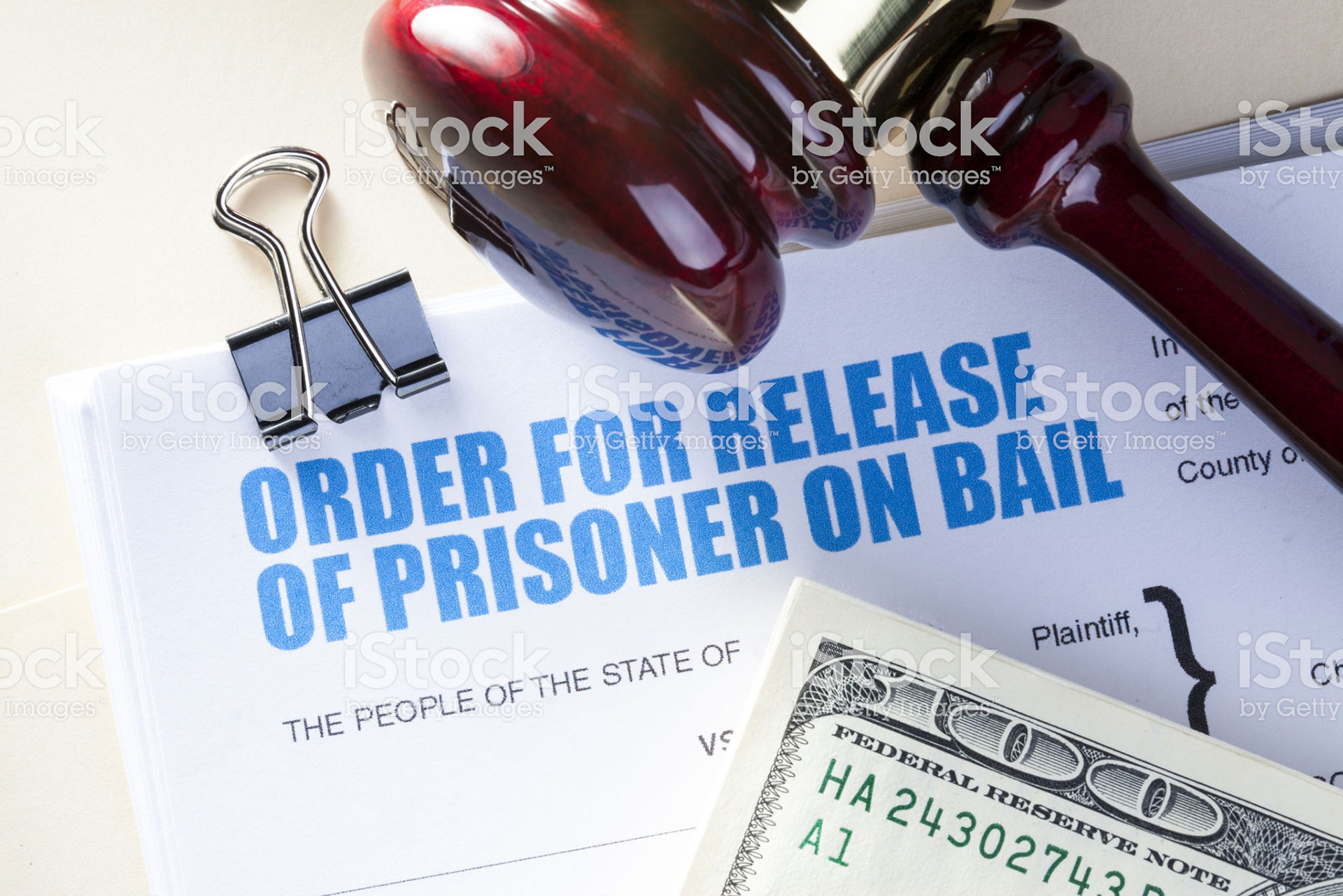 Bond, Bail, and Pre-Trail: Bond and bail are the same things for the purposes of getting out of jail when you are arrested.

Getting Out of Jail: When a client is arrested, the very first thing they want to do is get out of jail. We can help.

Federal Court Bonds: Bonds and release are one of the procedures in federal court that is actually easier than in State court. Once arrested, the client will be brought in front of a federal magistrate within twenty-four hours. There are three types of bonds that federal courts set:

Ten Percent Bonds: These bonds are the same as personal surety bonds, with the added requirement that the client or his family pay ten percent of the bond to the clerk of the court. When the case is over, the ten percent with interest will be returned.

Corporate Surety Bonds: These bonds require the use of a bondsman and they are required to charge fifteen percent. That is a fee that is not returned at the end of the case. The bond company will also require that the client collateralize the bond by providing property to be held that is equal to the value of the bond.

The government can ask for pre-trial detention. If this occurs, there will be hearing with five  days after the request in which the government is required to show the judicial officer finds that no condition or combination of conditions will reasonably assure the appearance of the person as required and the safety of any other person and the community, such judicial officer shall order the detention of the person before trial. 18 U.S.C.A. § 3142.

Unfortunately, there is a presumption against release in drug cases, gun cases, and crimes of violence. At the hearing, the government will call witnesses, usually federal agents. The defense has an opportunity to cross-examine the agents.  The magistrate will make a decision and either side can appeal the decision on the bond to the US District Court Judge.

First Appearance: There are two ways a person is released from jail when they are arrested in state court: by paying a bond, or by the pre-trial release program. When a person is arrested, they must be brought before a judge within 24 hours. This is called a First Appearance or Probable Cause Hearing. Many people will call this a bond hearing since the bond is set at this hearing.

Pre-Trail Release:
Pre-trial release is a program in which a person is released from jail without paying a bond. The program is available for non-violent offenses.

Bond or Bail: Bond/bail is a monetary figure that a person agrees to pay to the court if they do not appear for trial or a hearing. The bond can be paid two ways: Using a bondsman who will charge ten percent,  or paying the full amount to the jail. If you call us as soon as someone is arrested, we can help you make the decision on how to post the bond.

What If The Bond Is Too High Or No Bond Is Set??
The initial bond is set by statute. The Judge at the Probable Cause Hearing/Bond Hearing can raise or lower that bond. Even if the Judge lowers that bond, we can still set a new bond hearing and have the bond lowered even more.

We will be able to schedule a full and complete bond hearing with witnesses from your side of the case within a few days of the initial Probable Cause Hearing/Bond Hearing. Those witnesses can include anyone who might have information about your case, and people who can testify as to your good character and ties to the community.

By appearing at the First Appearance-Bond Hearing and asking the court to lower the bond, we can save you money. A $100,000.00 bond lowered to $50,000.00 saves the client and his/her family $5,000.00 in bondsmen fees. If the client can be released on pre-trial release you will not have to spend any money at all on the bond.

Motions To Lower Bail Or Bond: A motion to lower a bond can be filed at any time. A change in circumstances during the preparation of the case, like a witness not appearing for a deposition, will allow us to go back to court and request a lower bond.

No Bond: When a client is held without bond, the client is entitled to a specialized bond hearing called an "Arthur Hearing." An Arthur Hearing is an evidentiary hearing in which the prosecution is required to present evidence proving the circumstances of the case and showing that the defendant is a risk of flight or a danger to the community. An Arthur Hearing is similar to a mini-trial in which both sides call witnesses who are subject to questioning and cross-examination.

Write of Habeas Corpus: If all else fails during the bond hearing process, we can file a writ of habeas corpus with the District Court of Appeals asking the appellate court to review the trial judge's decision in setting a bond that is too high or in deciding to hold the client without bond.

Getting Out of Jail: Many of our clients have never been arrested before when they come to us for help. The sooner we are contacted (call or email anytime day or night), the sooner we can help your friend or family member get out of jail. We are available to attend bond hearings on the weekends as well.

It's not just our motto that "when bad things happen to good people…we can help." We really mean it.